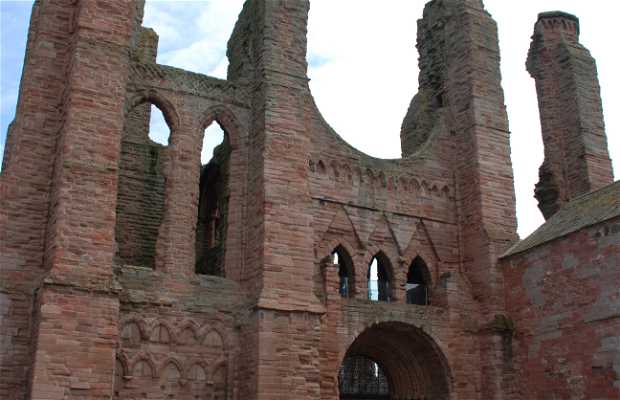 In historic east coast town of Arbroath, King William I ordered the construction of an abbey in 1178 to commemorate the murder of his childhood friend, and later saint, Thomas Beckett. When he died, the king was buried under the main altar. Tironienses Monks of the Abbey of Jeburgh (on the Scottish Borders) were commissioned to inaugurate this abbey. However, the abbey had a major role in the Declaration of Arbroath, in the 14th century, where the Scottish nobles wrote the statement to revoke the excommunication of the Pope of Rome.