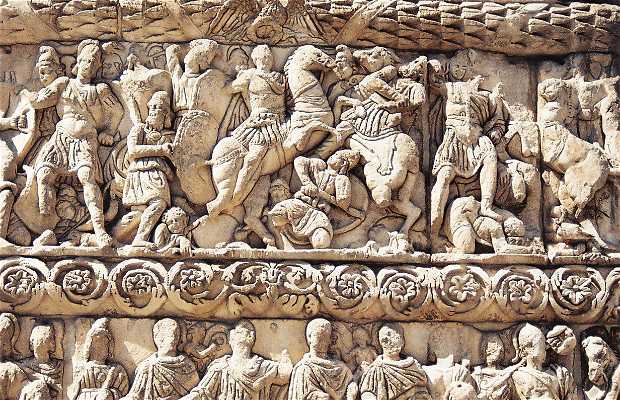 16 photos of Arch of Galerius

4 reviews of Arch of Galerius

The Arch of Galerius in on Gounari Dimitrios Egnatia Street in Thessaloniki. It was constructed between the years 298 and 299 AD and dedicated in the year 303 AD to remember the victory of the tetrarch Galerius over the Sassanid Persians and the invasion of Ctesiphon in the the year 298. The structure was octópila (meaning it had eight pillars) forming a triple arch , constructed with core brick masonry, which in turn was later covered with panels decorated with sculpted reliefs.

Lists and places related to Arch of Galerius

Information about Arch of Galerius