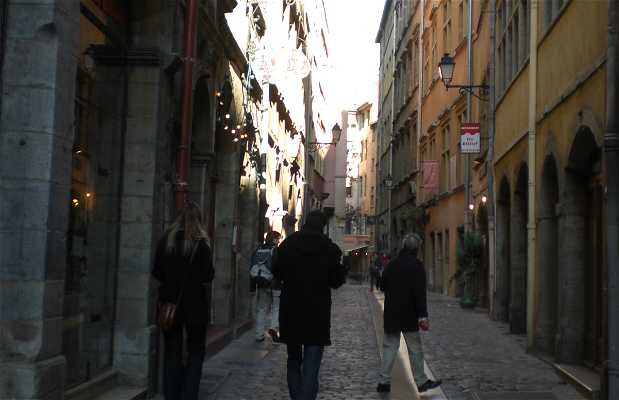 The area of ​​Old Lyon (Vieux Lyon), which was declared a World Heritage Site, is full of medieval and Renaissance buildings, and you can not miss the "traboules" which are a type of passage through the interior of the houses, which allow you to move from street to street by going through them. They were mainly used so that you wouldn´t get the silk wet, (Lyon was a major city in the trade and industry of silk), and they were also widely used by the Resistance during the Nazi occupation in WWII.