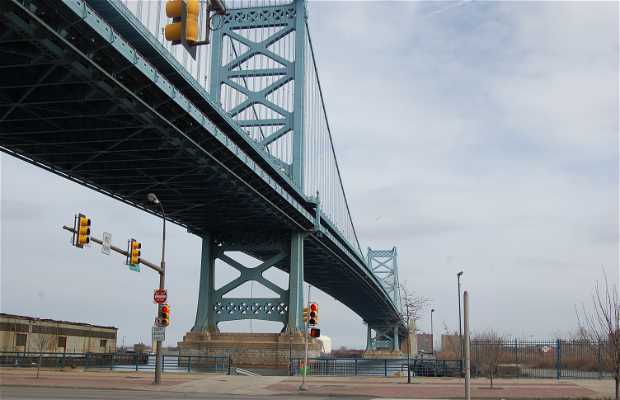 It was three years (since its construction in 1929) that the longest suspension bridge in the world, an honor it took from Ambassador Bridge in Detroit. Construction on the Benjamin Franklin Bridge in Philadelphia began in 1922, it was opened to the public on July 1, 1926 and was designed by architect Paul Philippe Cret. Philadelphia is in the easy of Pennsylvania, near New Jersey and the city of Camden.

The bridge is about 550 meters long and sits over the Delaware river. It can be crossed on foot by one of the two pedestrian crossings it has on either side, which were closed to the public as a security precaution after the London bombings in 2005, and because of the leftover fear from 9/11.

Beautiful bridge! The architecture of it is just magnificent.

Cool area under the bridge