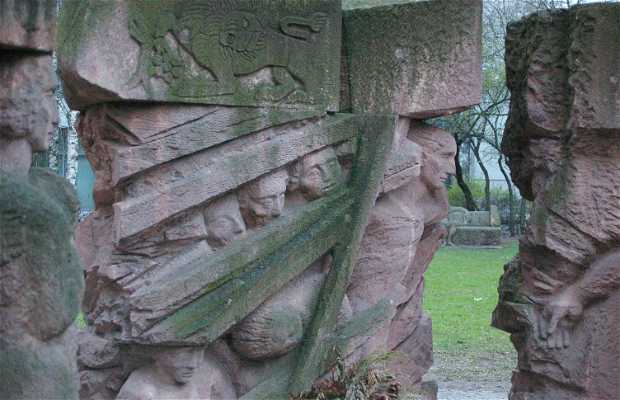 As good cinephile I enjoyed walking through Berlin, setting for the film "Rosenstrasse" (2003) by director Margarethe von Trotta. It is not one of my favorites but it certainly recreated the story of one of the few resistance movements beautifully. The protagonists of this movement were a group of non-Jewish German women whose husbands were Berlin Jews and who were arrested and locked for deportation to Auschwitz. The women marched for seven days and seven nights and even when the police threatened to shoot them they were shouting "give us back our husbands". Radical Nazis slaughtered 600. The then regime's propaganda minister, Joseph Goebbels, with greater political vision and with the permission of Hitler ordered the release of all prisoners.