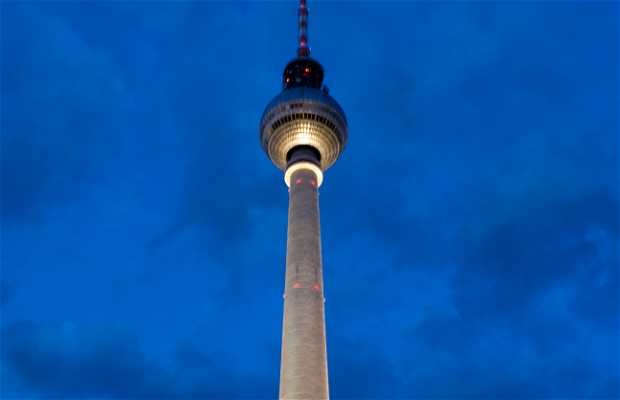 The television tower (Fernsehturm) is the tallest building around Berlin, and from which you can enjoy the best views of the city on a clear day. The tower, which became operational in 1969, was one of the symbols of East Germany overlooking the capitalist West Berlin, and was a sign of the greatness of technological innovation in the country. The viewing deck is located more than 200 meters above the ground, but the antenna goes up to 368 m. You can ascend in an elevator for 10 euros, a trip that takes 40 seconds. There is a rotating restaurant at the top, but to be honest it's a bit pricey for

Almost as good as the food!

We had a meal at the TV tower and it was hands down one of the best meals I have ever had, the deck rotates so it gives you a 360 view of the city below whilst you eat your food, sells out early so book up ASAP so that you don't miss out, we went around Christmas time so all the markets were lit up and the view was fantastic... Almost as good as the food!