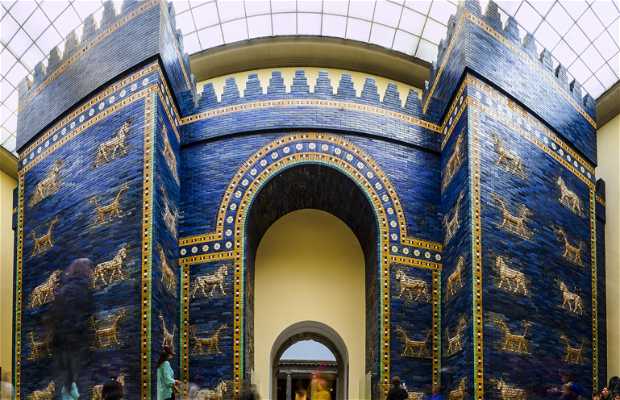 The triumphal entrance to Pergamon Museum in Berlin is only the beginning of the museum the altar of Zeus at Pergamum. The city of Pergamum is located near Troy, in Turkey, and its history is mixed with the mythology of the settlement of Zeus and the culture and history of the Roman Empire. This part of the temple is only a third of the original that was later excavated by the Germans of 1876 to 1884 and was given as a gift by the sultan as a way of saying thanks for the excavations. In the wonderful museum tour you will find great works of Pergamum, of Babylon, and of Miletus. The diversity of cultures and variety of stories is definitely assured to visitors.

The Museum of the Ancient Near East is in Berlin and ranks alongside the Louvre and the British Museum as one of the world's most important museums of ancient oriental treasures. The display area of ​​2,000 square meters features a print sample of 6,000 years of history, culture and art in the ancient Near East.