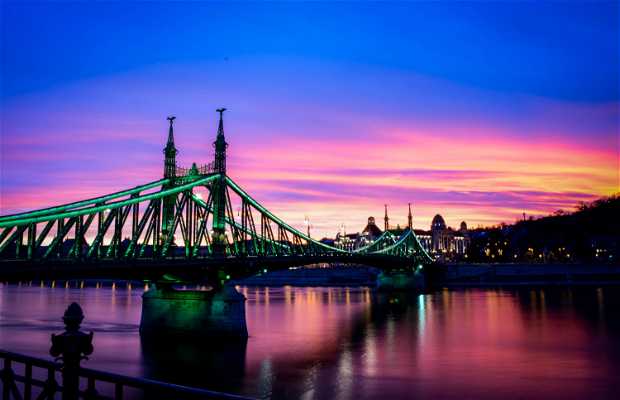 The soul of the city

The Danube River defines Budapest geographically, if not historically and mentally. One one side you have proud UNESCO-recognized Buda, home of kings and aristocrats while on the other side you have Pest, Buda's down-at-heel sibling which is currently the heart of the city's thriving arts, nightlife, and cultural scenes.

When you first see the Danube, you'll understand why it's considered one of the most important rivers in the world. It’s massive, first of all, and connects many of the most important capitals of Europe in its slow crawl towards the delta. If you're planning on being in Budapest, I'd sincerely recommend taking a walk along the river banks right as the sun goes down. All of the city's major monuments like the Hungarian Parliament, the Fisherman's Bastion, Buda Castle, and its numerous bridges and palaces light up to create one of the most beautiful and romantic strolls imaginable.

There is no other incentive needed than the views from walking by the banks of the Danube in Budapest, but on August 20 the patron saint of Budapest Saint Stephen means you get to witness the local air show. The stunts are very exciting and will add another reason to visit this beautiful city, of course, not forgetting the fireworks! The thing to keep in mind on this date is if you are staying in Buda and want to go to Pest or vice versa, it can be a bit tricky, because they cut off traffic across the bridges.

Please stay for the sunset!

And wait until the city lights start to be turn on. The best view ever.

River Danube in the middle of the city.

Amazing how you can view the city and all four bridges on it!