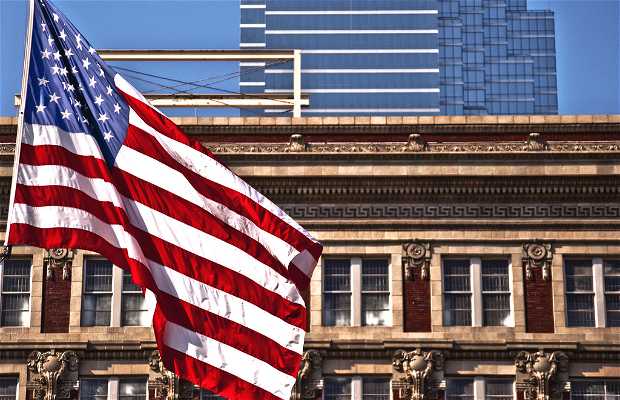 The Dealey Plaza is a landmark in the city of Dallas because that's where JFK died in 1963. The square, a green space with grass and trees, is traversed by three streets: Commerce Street, Main Street and Elm Street. It's in between Houston Street and Triple Bypass Highway. In the same square there's also '"The sixth floor museum", from which the former U.S. was shot. As a curiosity, note that on the road they have marked the point where JFK was shot, although this is best seen in the accompanying video.