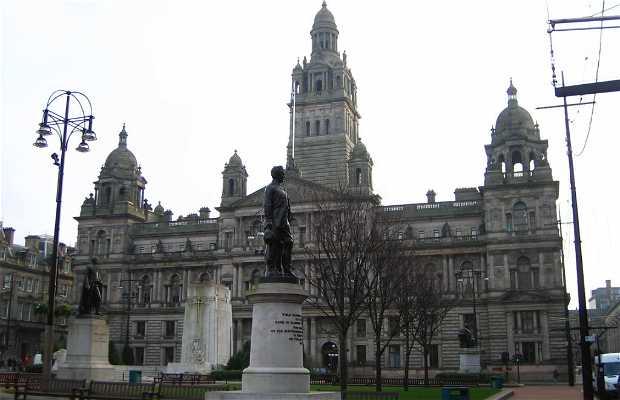 George Square is the main square in the Scottish city of Glasgow, and is home to the City Council, which is the city hall and the tourist information office. They called it King Georges III, and the square was constructed in the late 18th century, when the city reorganized itself to suit the many migrants who came to work in factories and industries of Glasgow. The houses surrounding the square are also Georgian, and are now hotels or public buildings. There is a statue of Queen Victoria, and other famous people of the country, and the town hall dominates the square. It is next to the train station and to Queen Street, where the bars and restaurants come alive at night.