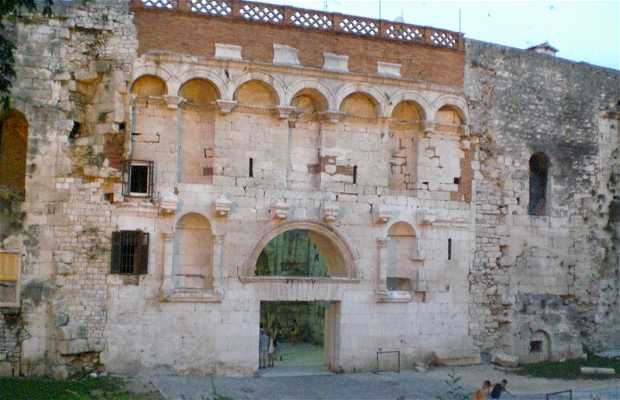 The Golden Gate, or Porta Aurea, is one of the main entrances on the eastern half of the Split city walls. In front of the door is a huge statue of Grgur Ninski which has become an emblem of the city. Residents touch his toe for good luck. The entire old town is a UNESCO World Heritage site, and there are four entrances to the palace. But you're not entering a ruin: this is the way into the old city, and what was once an exclusive palace is today lived in by ordinary citizens. A wonderful example of living history.