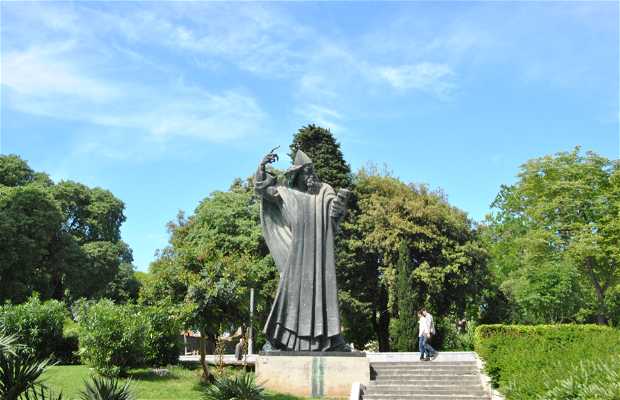 Monument to Gregory of Nin

It is impossible to miss the enormous Grgur Ninski Statue that welcomes you at the entrance to the walls of Split. People touch the foot for good luck, so you can see that the big toe of the statue has worn to a golden color from people following this custom! Gregory of Nin (Grgur Ninski) was a tenth-century bishop, known for standing up to the Pope and conducting Mass in the Croatian language. Prior to that, it was only said in Latin, and a largely illiterate population had no idea what was being said. Before the Second World War, this statue used to stand in Diocletian's Palace, but the Italians