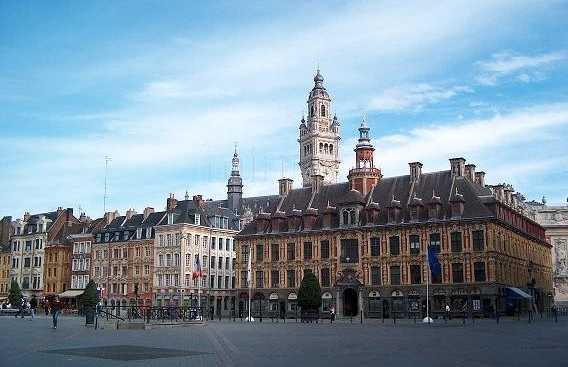 The square of General Charles de Gaulle is historically the central square of the city of Lille and it houses the largest market in the region. The Grand Place square is typical of the north, such as you will find in the big cities of Belgium and Holland. People still call it Lille Grand Place despite the fact that its name was changed on the August 12, 1944, to honor the general ve had just liberated France. The Grand Place is the heart of the old city. It is on the edge of the pedestrian part of Lille. You will find a column with a goddess, famous buildings such as the regional newspaper La Voix du Nord, the old bag, one of the most prestigious buildings in Lille with their typical facades dating from the seventeenth century and the Flemish Renaissance.

The square is full of history

This is the place where all districts of Lille come together, which was originally the old market square during the middle ages. The square is full of history with buildings such as the Old Stock Market, the Lille Opera House in front and numerous restaurants and shops. Here are stores like "le furet du Nord", the Hotel Belle Vue or the Leffe Cafe. The column erected in its center, called The Goddess, dates back from 1842 and commemorates the city's resistance to the attack by the Habsburgs in 1792. It was the wife of the mayor of Lille at that time who was the model for the statue.