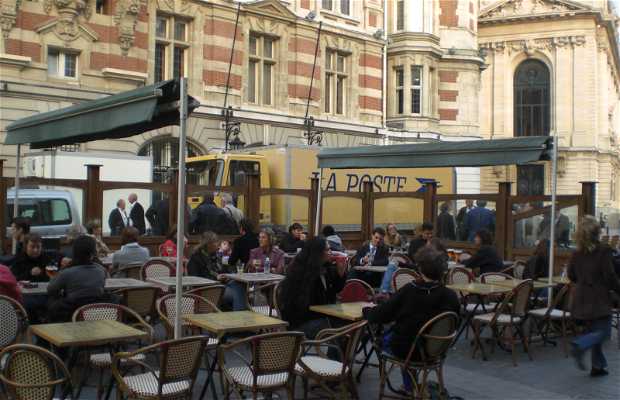 There is a great selection of Belgian and French beers

This restaurant is an old bar "bonneterie", I.e. a lingerie store for women, which was converted into a cafe 30 years ago. It's situated in Lille´s Theatre Square, right opposite the chamber of commerce of the city. It is one of the most famous cafes in France, because it has recently recorded a movie that 20 million French people saw, "Bienvenue chez les Ch'tis", a comedy about people in northern France. Two generations had managed the lingerie business, but the son, seeing the central location, decided to turn it into a cafe, leaving the mannequins and the typical business objects of their grandparents behind.