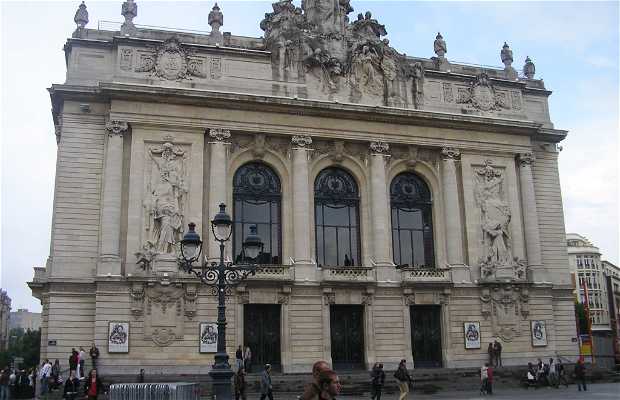 Lille Opera House, a neoclassical building built early last century by the architect Cordonier, burnt down ten years before in a large fire, and there was a competition to design the new theater. But just as it was about to open, the first world war started, and the Germans occupied the theater. During the four years of occupation, there were 100 shows, but the first French work was in 1923. They say that was the official opening. The theater is in the plaza of the same name, a lovely square, next to the old stock exchange. Now the theater is like new, refurbished in time for Lille to be European Capital of Culture in 2004.