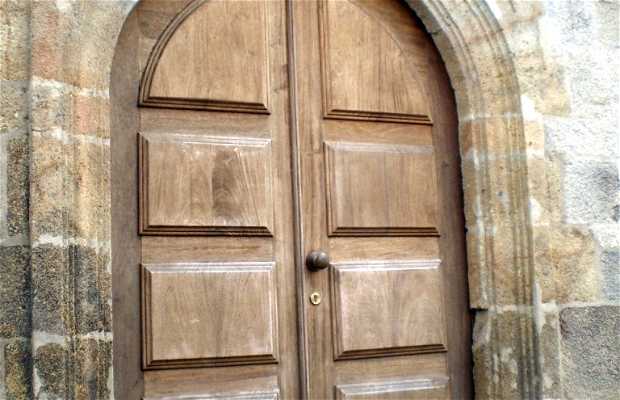 The main facade was built in stone and is asymmetric

Opposite the Church of San Pedro and Pelourinho of Tarouca, you can find this small church, called Mercy. It is a small church with a single rectangular nave and a fairly simple exterior. The main facade was built in stone and is asymmetric (there appears to have been a later addition on its left side). The doorway is preceded by a semicircular staircase of two steps and formed by a semicircular arch which opens on to a large oculus.