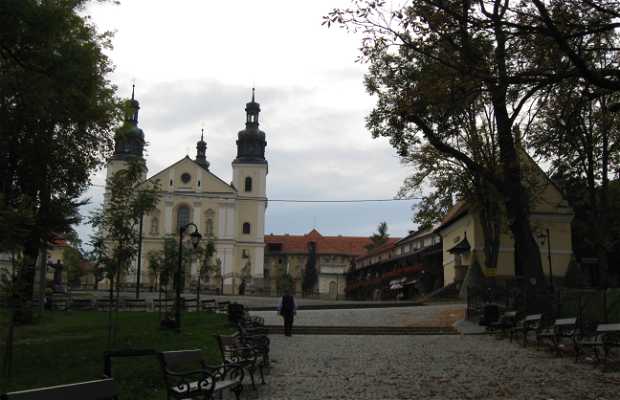 The monastery, dating from the sixteenth century, is located in a park and became a UNESCO World Heritage Site in 1999. The complex comprises the following parts: - The Basilica of St. Mary, built between 1603 and 1609. - The Ecce Homo chapel, which was built between 1605-1609 by Paul Baudarth. The dome is decorated with stucco decorations in a Dutch Mannerist style. - The Chapel of the Crucifixion, which was the first structure built by Nicholas Zebrzydowski at Calvary and was the first part of the complex. - And the Heart of Mary Chapel. The resort is very appealing because the basilica is located

a lovely monastery worth visiting