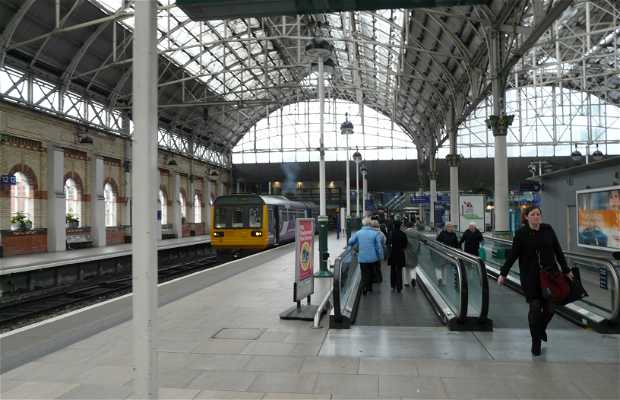 Connects to many northern stations

In Manchester there are a couple of major train stations. The city is larger than the normal. The Manchester Picadilly station is surely the main station. One of the major hubs in Northern England when talking about railroad routes. Since we had the Brit Rail (a pass that allows you to travel nationwide in train for a flat rate) we went city to city by train, and we stopped at that station quite a few times.

As almost all the stations here, while waiting for your train, there are plenty of places to have a coffee, eat some breakfast or buy one last thing.

If you're going to Northern England, from this station you will be able to travel to the following cities: Liverpool, Leeds, Sheffield, Newcastle.