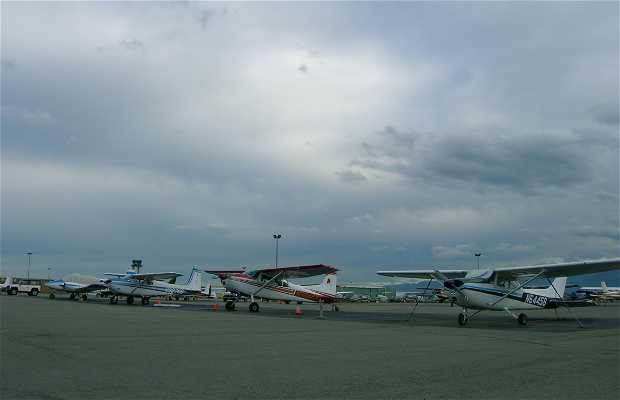 Flights to the wild

Merrill Field Airport is located in downtown Anchorage, built in 1930 and named after Russel Merrill, a pilot who disappeared on a flight to the town of Bethel in 1929. From the airport the majority of flights go to the wilds of Alaska that make up more than 75 percent of the state. The airport forms an essential part of the Alaskan economy.