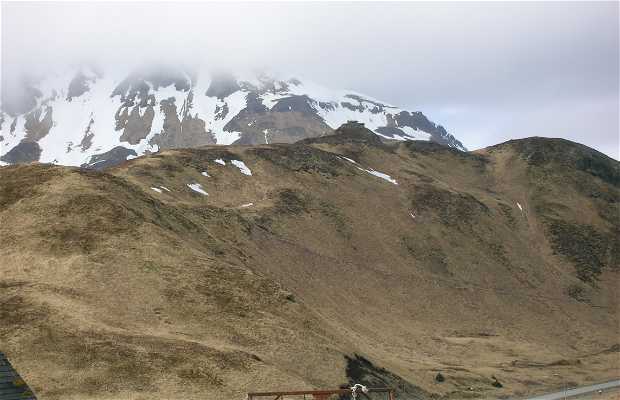 Mount Ballyhoo is on Dutch Harbor Island, which was occupied for 15 months for the Japanese during World War II. On top of this small mountain are some concrete ruins, where American soldiers hid. You can walk up to the top, it's worth it, but only if the weather is nice, because it's very windy on Dutch Harbor Island and it rains often. Thousands of soldiers dies here, and it's very impressive walking around. You can also see lots of nature and imperial eagles.