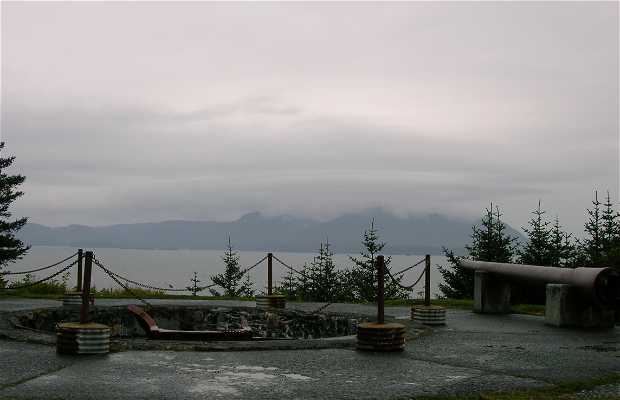 Fort Abercrombie was established in 1941 under the name of Miller Point, but in 1943 it was named Fort Abercrombie. It was one of the most important facilities in North America during WWII, because Alaska was the only place in North America that was occupied by the Japanese. It has retained strong as a national park and is a lovely walk with amazing views of the other islands of the archipelago. The forts that are hidden in the hills are now used as provisional museums.