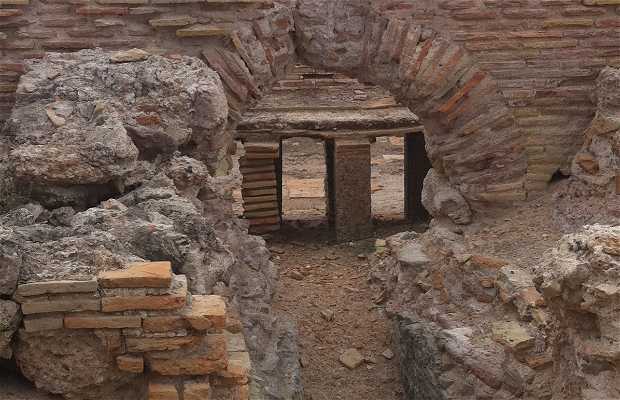 11 photos of Archaeological Site of Nora

3 reviews of Archaeological Site of Nora

Nora was an ancient Punic-Phoenician and later Roman settlement on the rocky promontory of Capo di Pula. It’s located permitted the sea-faring Phoenicians enjoy a safe harbor, sheltered from the winds. Despite the fact that the area was most likely settled since the Nuraghic period, there are currently few archaeological remains that make the area feel like a typical nuraghic site. The famous Nora Stone, dating to the 8th or 9th centuries BC, was found on a nearby beach and contains Phoenician script mentioning the name Sardinia (“SHRDN”) for the first time. It is the oldest Phoenician script ever found west of Tyre, Lebanon.

Built by the Phoenicians in 800BC

Nora is one of Sardinia's most important archaeological sites and it's located about 32km. from the capital of Cagliari. Nora was built by the Phoenicians in the 8th century BC on the rocky cape of Capo di Pula, a strategic position which afforded them a 360-degree vantage point. This Punic city must have been well-off considering that archaeologists have discovered over 40 troves of ceramics imported from Greece. The ancient Punic city is still not fully excavated because a later Roman settlement, incidentally one of the most densely populated on the island, was built on top of it. During that time, Nora was the capital of Roman Sardinia.

Lists and places related to Archaeological Site of Nora

Information about Archaeological Site of Nora