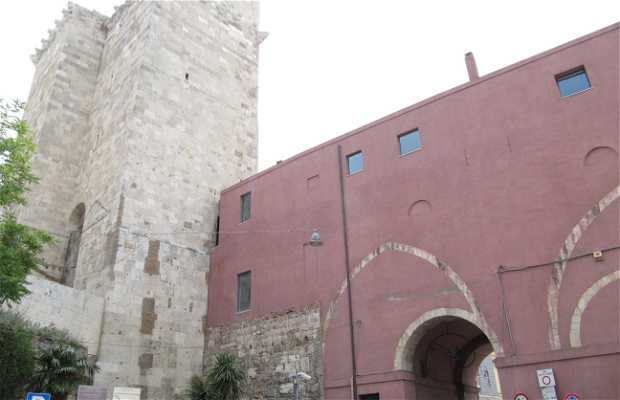 This is the Tower of the Elephant's twin. The two together are one of the city's most iconic views. Located more in the north than its twin, it stands as the citadel's highest point. It allowed control of the whole territory around the city. From the 17th century to the late 19th century, it was used as a prison. One side overlooks the Piazza del Arsenale, and the other side, the Piaza Mafalda of Savoy. In summer, you can visit from 9:00 to 13:00 and from 15:30 to 19:30. In winter, only until 17:00. It's closed on Mondays. Unlike its twin, you can only climb up to a third part of the tower. The