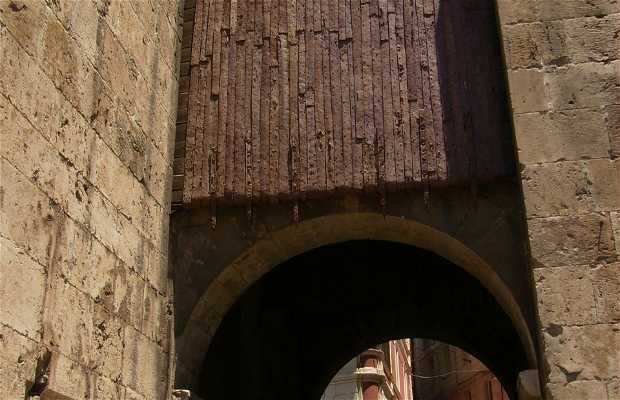 Viewpoint in the Tower of the Elephant

The climb to the tower of the elephant is one of the best, if not the best, ways to experience Cagliari. You can't get the 360 ​​degree view of the city from anywhere else, not even from its twin tower of St. Pancrazio because only a third of that tower is accessible. The view is spectacular, and if you are lucky enough to enjoy it alone as we did for a while, it will be one of your best memories of this medieval city. Visiting hours in summer are between 9:00am and 1:00pm and from 3:30pm to 5:30pm. In winter they are only open until 5:00pm. They are closed Mondays. The entrance fee is 4 €.

The Pisan style Elephant tower, designed by the architect Giovanni Capula, was begun in the early fourteenth century and completed in 1307. It is one of the entrances to the Castello district and features four floors on wooden Pisan lofts. On the south facade, a few meters from the ground, is the elephant sculpture. Next to the entrance, there is a plaque in memory of the architect Giovanni Capula, which reads "never in his work was he found to be incapable". During the second half of the nineteenth century this tower was used as a prison.

Magnificent views over the city

Built in the 13th century, the Elephant Tower is one of the most famous medieval towers of Cagliari and the second in terms of height! You can’t miss it if you go walking through Castello near the Church of San Giuseppe. The tower has absolutely magnificent views over the city.