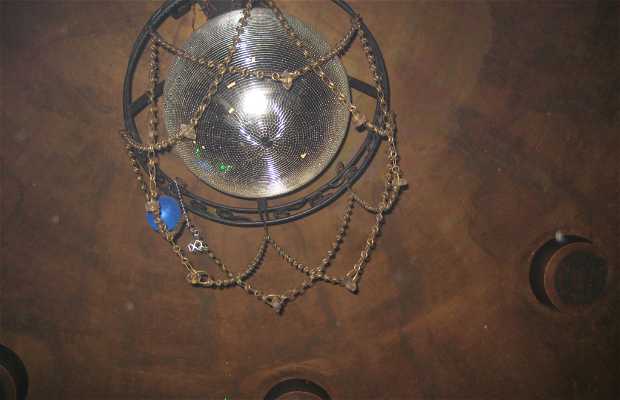 the songs are performed live

Some say it's a tacky, other say that Olivia Valere is the best club in Europe. After so many years listening to comments on this site you can't, if given the opportunity, waste the occasion. I won't spoil it by talking about numbers, only to tell you that I didn't pay to get in. It really is a spectacular nightclub, striking in every way. The decoration is based on the Alhambra in Granada, giving it a special touch to certain parts of the club. I'm talking about parts because the club is so big. Basically we can divide it into three parts. The entrance area to the disco, for me the most beautiful, the restaurant, called Babylon (I have not eaten it) and dance area.