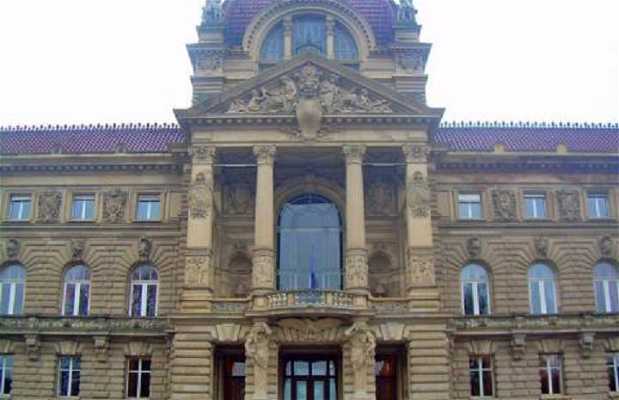 In the northwestern part of the city, Strasbourg, is the majestic Palais du Rhin. Its construction began in 1884, when the town of Strasbourg did not have a building majestic enough to welcome William I. Ironically, he died before he could visit it. The construction lasted five years and was inaugurated by Wilhelm II in 1889.

During the First World War, the palace became a military hospital. In 1920 its name changed to its current name: the Central Commission for Navigation on the Rhine. From 1940-1945 the building was also used by the Nazi regime.

Since 1993 it has been named a historical monument.

+2
Like
Maria Serafini
Excellent
See original
Like
Have you been here?
Add your opinion and photos and help other travelers discover