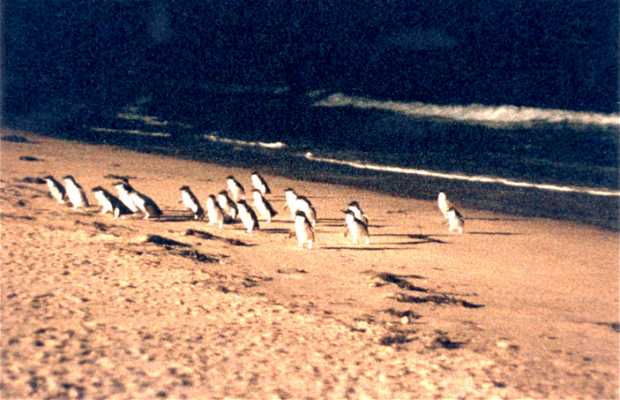 It appears that the penguins along the coast made their dens in caves, hidden in the bushes and scattered on the ground from the coast to a few meters inland. During the day they go down to the beach and into the ocean to fish and return at dusk to feed their young. They put on some steps and got some raincoats. Photographing them were prohibited as to avoid blinding these birds with flashes. This was forbidden to everyone except for the Japanese, ve either did not understand the message or did not care. When the sun was setting the first groups arrived. Rhythmicly they walked into the bush, disappearing onto the plain.

Like
Andrea Piersante
See original
Like
Have you been here?
Add your opinion and photos and help other travelers discover