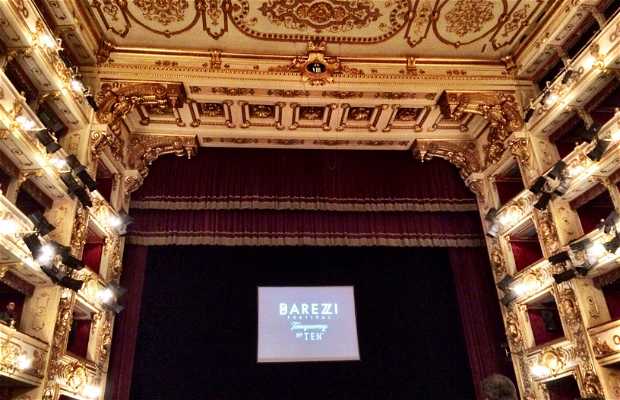 This weekend we saw the fabulous Rufus...

This weekend we saw the fabulous Rufus Wainwright in the Teatro Regio. What a venue, excellent acoustics, a beautiful grand piano and red velvet seats. I have previously seen Vinicio Capossella here, who as a local boy received a standing ovation. Both artists are great singers, pianists and showmen.

However most people visit the Teatro Regio for the celebrated Verdi festival during the month of October. At least two of the maestro's operas are performed during the festival. The streets of Parma echo to the strains of his best known arias, costumes and props can be seen in the shop windows and the restaurants offer Verdi themed menus. Getting tickets can be difficult and may require extensive queuing however for the first this year they were available for purchase online.

Via Garibaldi is one of the most pleasant walks in the beautiful city of Parma. The Teatro Regio is notable for having some of the best acoustics in the world. It was built between 1821 and 1829 by order of Empress Maria Luisa and was later opened by Zaira Belllini.

A great place for great piece of italian opera.

The Regio theatre it's in the middle of the old town and it has a baroque athmosphere, (don't miss the verdi festival, it take place here )