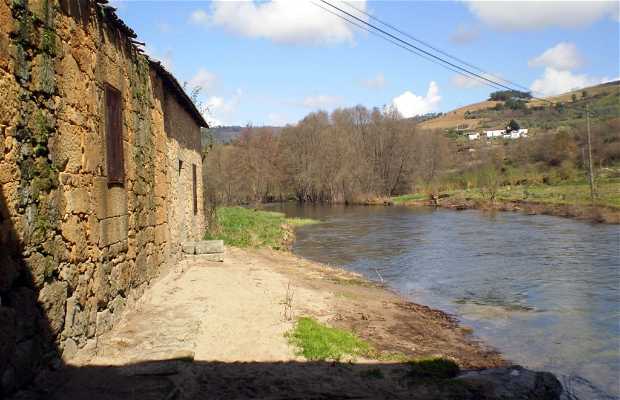 Varosa River is a tributary of the Duero. Its origin is in concello in Moimenta da Beira, in the mountains of Leomil. Along its 45 km are the bath towns of Mondim da Beira, Ucanha , and Sao Joao da Serra Várzea Tarouca, where Romanesque bridges are common. The medieval bridge of Ucanha is the most striking (and the only one in Portugal) and has a robust defensive tower. The river Varosa is calm. You can do sports like canoeing.