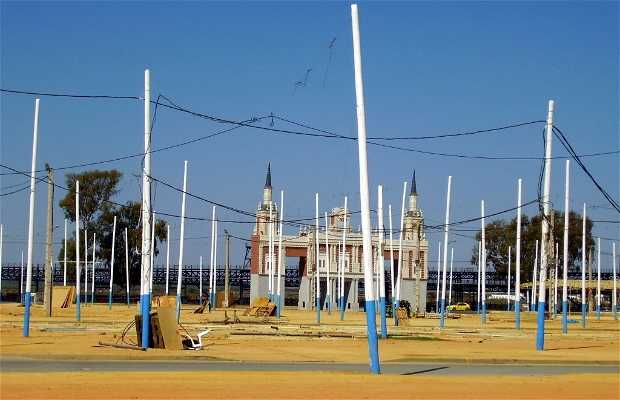 9 photos of Royal Fair in Huelva

5 reviews of Royal Fair in Huelva

The fairgrounds of Huelva is on land on the ouutside of the city, close to Nuevo Colombino Stadium, Muelle de Rio Tinto, and close to Huelva Interpretation Center, Atlantic Gateway. It is known as "Columbian Exhibition," as the most important holidays are held during the last week of July and 1st of August, being the big day on August 3, when they celebrate the departure of the ships of Columbus to America. During those days installing the Real de la Feria in this expanse of 10 hectares of extension: The houses, the rocks, the concert stage, the amusement park ... I visited Huelva few days after

Lists and places related to Royal Fair in Huelva

Information about Royal Fair in Huelva