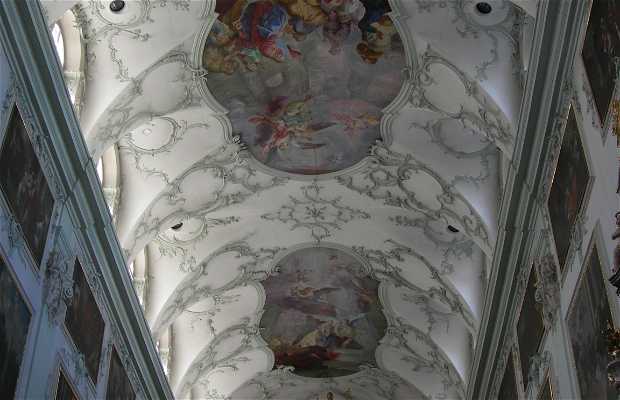 It is also known as Virgil Cathedral, after the man who first ordered its construction. It is framed in German Baroque style, although the start of its construction dates from the 8th century AD, when it possibly would have been the same place of worship for the earlier Germanic or Celtic tribes. The first impression is that the cathedral is in keeping with the rest of Salzburg's beautiful city, where each building appears in harmony with the next. Two towers preside over a very nice square, which invites people inside, where we met a monk with an Argentine accent who sold us stamps in many languages.

You don't know where to look