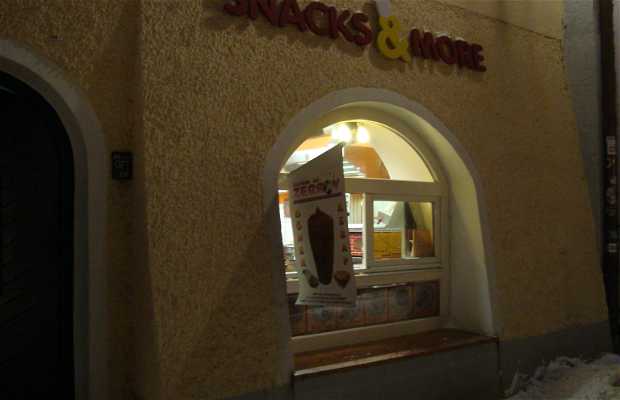 5 photos of Snacks and More

1 review of Snacks and More

When we were feeling low on energy, after a long day of sightseeing in Salzburg, after just eating the odd snack to stave off hunger from time to time just to get through the city, we passed through a gloomy alley in the late afternoon, just a step between two major streets that lead us back to the centre. In the window there was a poster and an appetizing smell which made us stop at once. Through the window we saw a busy Turkish cook preparing roasted kebabs. He invited us to enter. But from where? From the vestibule of the building, we found the entrance. It was like I lived in the building or owned the place.

Lists and places related to Snacks and More

Information about Snacks and More