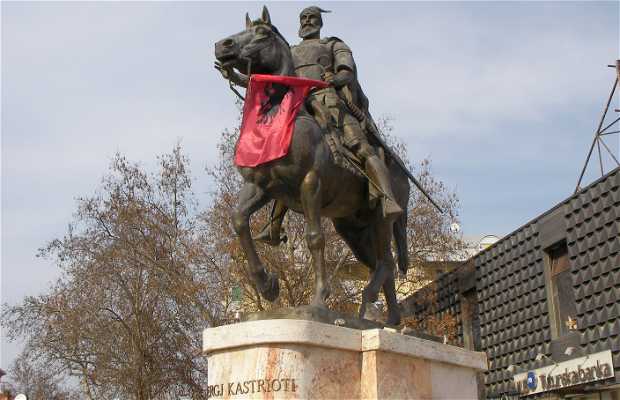 The statue of divide

After a lot of controversy, this statue was erected on November 28, 2006, the day of the Albanian flag, in front of the Ilinden shopping center. Skandenberg was a national hero of Catholic Albanians who fought in the fifteenth century Ottoman advance. The statue caused a lot of controversy for several reasons. For one, the ethnic Albanian population did want an albanian hero being recognized in their lands because there was already a lot of tension between the two ethnic groups. Additionally, the Turkish community of the Carsija neighborhood didn´t like the statue of an enemy, especially on that side of the river.