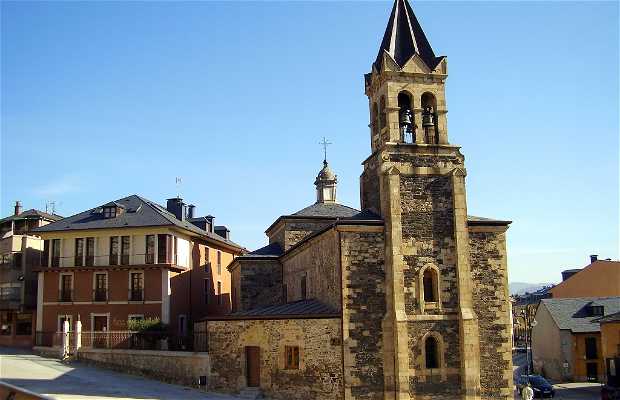 This church is in the old town of Ponferrada, directly opposite the castle of the Templars. It is Baroque and was built in the 17th century in stone with a slate roof. It has a Latin cross. Most notable is the tower of three bodies, raised on the front door. In the last section is the bell tower. Currently not used as a place of worship, but it houses a Baroque altarpiece and the crucified Christ of the Fortress (XIV century).

+8
See original
Like
Have you been here?
Add your opinion and photos and help other travelers discover