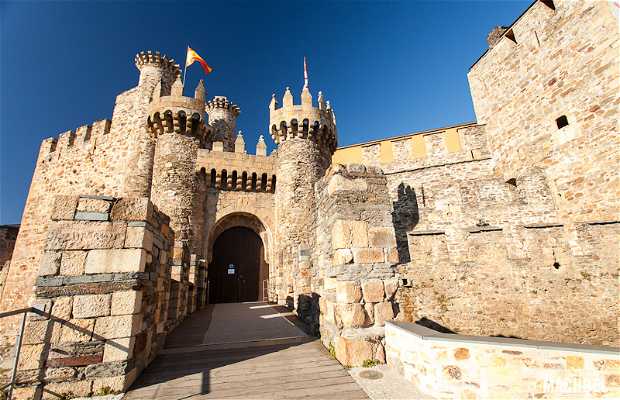 First, I must tell you that the Templar Castle in Ponferrada was declared a National Monument and Historic Art in 1924. When in 1178 Ponferrada became dependent on the Templars via a gift of the Kings of Leon, the Templars found a small fort that became Roman citadel. They expanded it and improved it as the defense of the Camino de Santiago. The Castle that is there today resulted from a long series of additions and alterations carried out since the early twentieth century. The shields and crests of those who occupied and helped in its construction are proof of its various stages. The second photo is the Baroque Town Hall and the Clock Tower last Renaissance style, which is located in the access Clock Street (next to Town Hall).