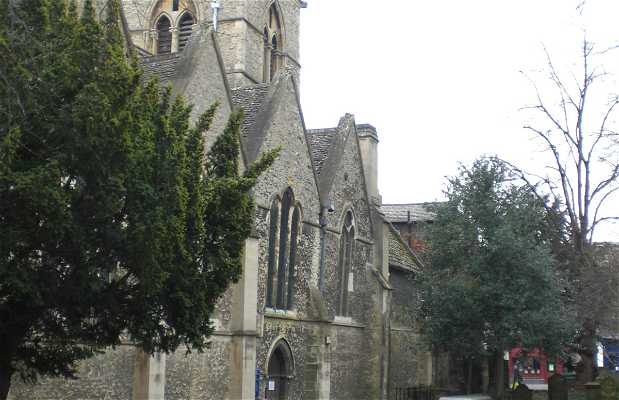 St Giles' Church is one of the oldest monuments in Oxford. Its name comes from the street on which it is located which is at the lower end of Cornmarket in the direction of Woodstsock. The church is dedicated to St Giles which many other churches located outside the medieval walls of the city are also dedicated to. St Giles was a Greek aristocrat who became a hermit in France in the 7th century. The first church in his honor, it dates back to the 12th century and can be found in a lovely natural environment surrounded by gardens and an old cemetery. It managed to keep its location in this area while many other churches of the center such as St Martin had to be relocated due to the growth of the city and the construction of private houses and universities.