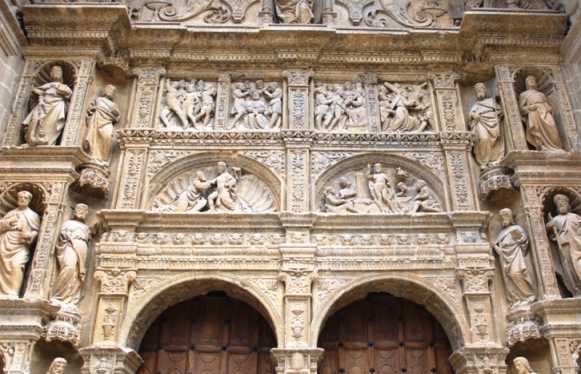 20 photos of Church of Santo Tomás

4 reviews of Church of Santo Tomás

The most iconic building in Haro

Built between the 16th and 18th centuries and declared a national Historic-Artistic Monument in 1931, the Iglesia de Santo Tomás is easily the most iconic building in Haro since it’s visible from pretty much anywhere in town.

The oldest and most celebrated part is the main door, constructed in the plateresque style by Felipe Bigarny. The altar-area is from the late Gothic period, which the rest of the church is in the Renaissance style. The tower is mainly Baroque and was of chief importance, serving as a model for other churches in La Rioja like those of Briones and Cuzcurrita. In the

Built under the protection of the Counts of Castile in the 17th century, the church’s altar and organ are decorated in the Baroque style and are covered in gold and imagery. Outside, highlights include the plateresque walls and the high bell tower.

Lists and places related to Church of Santo Tomás

Information about Church of Santo Tomás