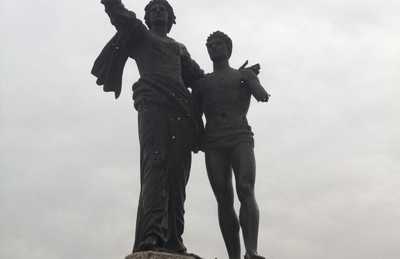 The statue of the martyrs is perhaps the most important symbol of Beirut. It is located in the centre of the square and, following the Civil War and the wars with Israel, it has been completely perforated by shrapnel. It seems that the government has chosen to leave the statue standing, as a symbol of the violence and wars of the past. The statue is composed of four characters: a female figure holds up a torch to the sky while hugging a man. At his feet are two suffering men asking for help. The statue can be seen in the Plaza of the Martyrs, and was sculpted by Italian artist Renato Marino Mazzacurati.

+2
Like
Nicole G Majdalany
Excellent
See original
Like
Have you been here?
Add your opinion and photos and help other travelers discover