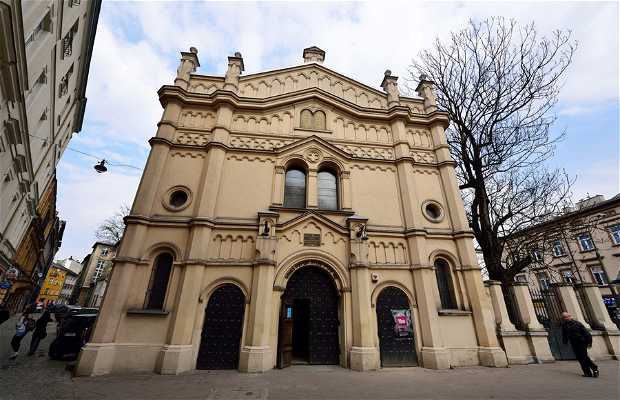 Built in Renaissance Arabic style, it broke ground in 1860 and was completed 2 years later (1862). Unfortunately, and as expected, the synagogue was destroyed during World War II by Nazi Germany, who used the building for ammunitions storage. After the war, it was used again for prayers, but was seriously damaged. A large flow of financial contributions from private donors worldwide allowed the synagogue to undergo extensive renovation (1995-2000) and as a result it's still running today.