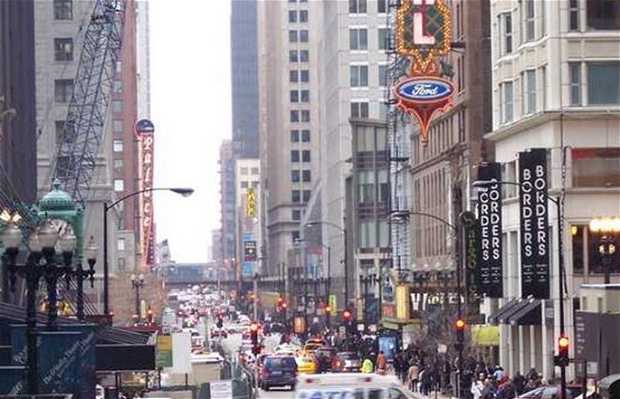 32 photos of The Loop

17 reviews of The Loop

The Loop is a structure of iron and railways, it is a raised train which connects the city by way of a 'loop'. You have probably seen it in the many movies filmed in Chicago, e.g. "What Women Want" in which the protagonist could hear what women were thinking in a passing train .... . In this as in so many others have seen the famous train .... The train has a lot of real local pride, it was built in 1880 and still runs excellently. No line runs fully in a circular flow, as was the initial purpose, all round and then go off. It's best to take the train in reverse order to walk at least for a while on these roads that go up to the first floor of buildings.

Walking Pictures of the Loop

Walking from Union Station to the Art Institute of Chicago!

A beautiful capture of Chicago enveloped in an ocean of fog

A well-known night loop that doesn't appear in the photo behind Ricardo Bofill's famous skyscraper. It is a charming loop where you can see the base of the last skyscraper completed in Chicago, Trump Tower.

Lists and places related to The Loop

Information about The Loop

Links to The Loop
Hotels near The Loop Neighborhoods in Chicago
See something odd?