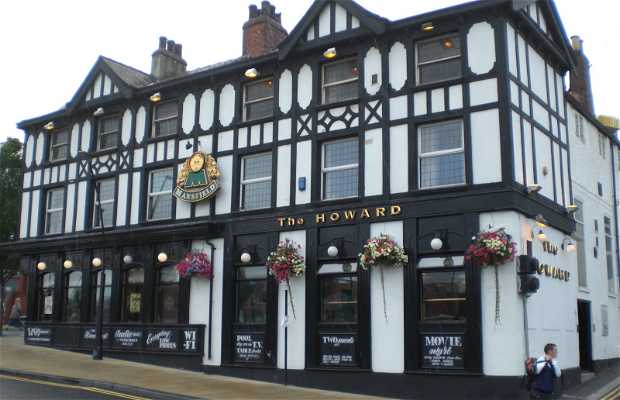 2 photos of The Howard Sheffield

2 reviews of The Howard Sheffield

Located on Howard Street in front of the railway station of Sheffield, The Howard is a lovely pub-restaurant found in an old building. Before the pubs were used as big houses, and underneath there was the common room to eat and have a drink. On the first or second floor lived the owners and from time to time there were some guest rooms. Howard is a typical building, with apparent wooden pillars and a fireplace which make it very cozy. But now it is a modern place, with its giant screen for the games, the jukebox to play the music you like, the pool table and quiz machines.These are machines where you put a coin in, hoping to win millions, similar to those in Las Vegas.

Lists and places related to The Howard Sheffield

Information about The Howard Sheffield