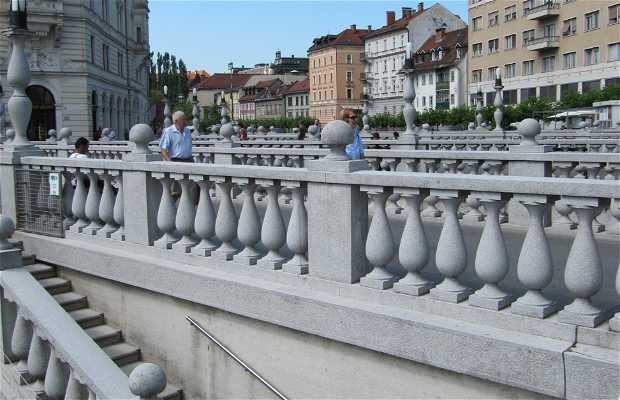 +1
River Ljubljanica from Presernov trg to the Old To... Address

Tromostovje Bridge was built from an old stone bridge from 1842 by the great architect Plecnik. Two pedestrian sides were added in 1931, so that has been a curious and elegant way to enter the old town. This architect did most of his work in this city, so we can almost talk of Ljubljana Joze Plecnik it literally transformed the city in the first third of the twentieth century. A part of this bridge built three other two, that of the Shoemakers and Trnovo (Trnovski most), unique concrete bridge where trees. The three bridges were part of its project to restore the river Ljubljanica for the city.