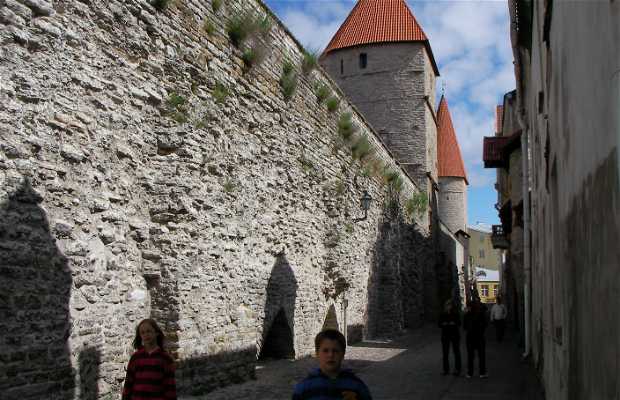 An imposing addition to the skyline

We found this close to the Eesti Meeremuseum. Toompea Castle (meaning "the Danes Castle") is a castle on the hill of Toompea, in the center of Tallinn. The hill was one of the most important sites in Tallinn during the times of Danish Estonia, in the thirteenth and fourteenth centuries, and the name of the hill was the same as the name of the city. The Danes then began to refer to it as Castrum Lyndanisse Danorum ("Castle of the Danes"). According to one hypothesis, the name translated into ancient Estonian language as Taani (n) Linna, which would eventually be shortened to Tallinn. The oft rebuilt