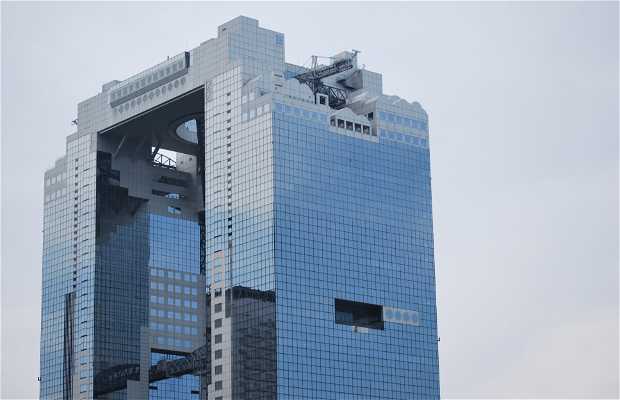 The Umeda Sky Building is a symbol of the city. It is 173 meters tall and was built by the Takenaka Corporation in 1993. It is shaped like an inverted "U", with two 40-story towers each joined at the top. It is famous for having an observatory on the roof, which is considered a very romantic place, especially at night, and the floor shines as if it had tiny stars in it. You can see the beautiful city skyline from here. The architect, Hiroshi Hara, wanted to give a sense of floatation to the building so the crystals themselves reflect the sky very clearly, while the highest observatory is almost