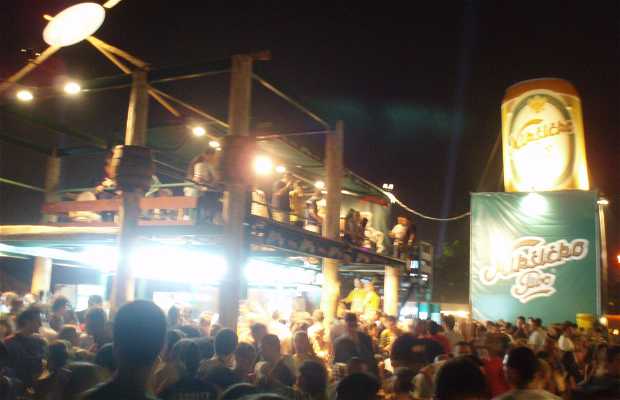 In Novi Beograd (New Belgrade) the Belgrade Beer Fest has been held in the grounds of USCE for the last six years. It lasts for four days each August. Hundreds of thousands of people, most from the countries of the former Yugoslavia, visit the festival each year. The union of beer and live music is a pretext to attract people ve once shared the same nationality. Traditional groups, whose songs are hummed by all, played the quintessential Balkan instrument, the trumpet, always with the immediate effect immediate effect of feet starting to move. I met Dine Šabac for whom it was an honor to buy me a beer (CESCO) from his hometown.