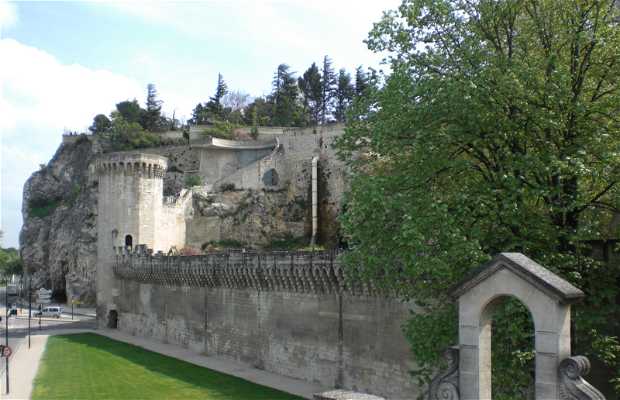 16 photos of Walls of Avignon

7 reviews of Walls of Avignon

Since Roman times, the area of Avignon extended, and their defenses were adapted to reach the current size of the fortified city. During the wars and epidemics, the population was kept closed in and hid around the original birthplace of the city, the rock of Doms. The first Roman wall was built in the first century, but its original location is not well known. During the twelfth century, a double wall with a ravine around it was constructed in order to protect the city, the first perimeter being more or less the old Roman perimeter. You can see this construction around Saint Charles Street. The work was completed in 1248.

Lists and places related to Walls of Avignon

Information about Walls of Avignon