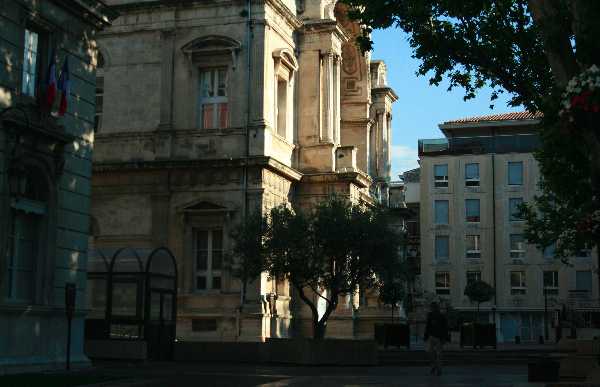 Avignon was a Roman city

The town hall of Avignon is a large building in Clock Square, not far from Palace Square. While tourists take coffee in Palace Square, Clock Square is the square of the inhabitants and is a central place for the city due to the presence of the town council. In the first century, Avignon was a Roman city, and had its epicenter here with thermal baths, temple and the ancient forum. During excavations busts of Emperor Tiberius and his son Drusus, ve died in the year 23, were found (you can see them at the Archaeological Museum). In the fourteenth century, the cardinals built a palace which later became