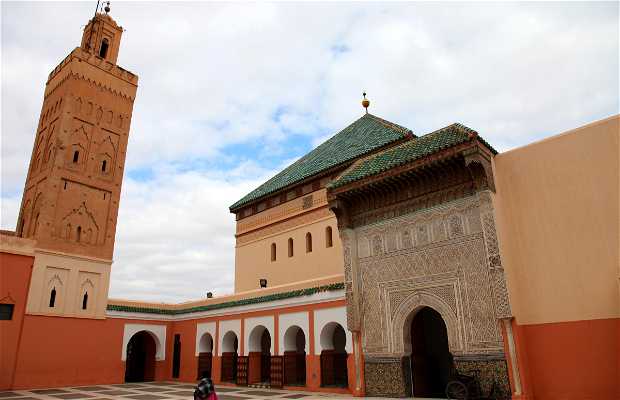 The zaouia of Sidi Bel Abbes is a place...

The zaouia of Sidi Bel Abbes is a place that wouldn't normally be accessible to non-Muslims, but in this case it is, because it is not enclosed within the walls of the mosque. A zaouia is a convent where disciples of Islam spend hours praying, singing, and meditating. It's next to the Bab Taghzout, next to the mosque of Sidi Bel Abbes. It's a place of pilgrimage, including a mausoleum built by the Saadian Sultan Abdallah Ben where Sidi bel Abbess, one of the seven saints of the city, is buried. The busiest day is Wednesday, when richer people come and deposit offerings for the poor. Muslim tradition