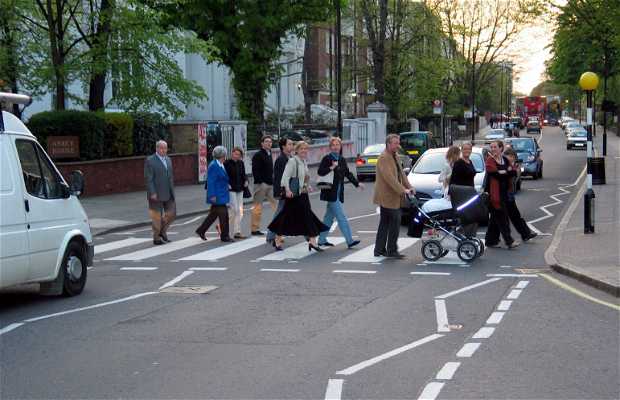 If you go to London and you like the Beatles, you have to go to Abbey Road. Here the album with the world's most famous cover, "Abbey Road", was recorded. Its name is derived from an abbey up the road. It is not near the centre but there is an underground line that takes you to a stop a few blocks away. Those who have to walk streets are really beautiful because the neighborhood is elegant residential. It's really hard to get the picture as the Beatles took his time, as cars pass all the time. A curiosity that found out when we got there, is that the original zebra photo, had to be moved a few feet, and that was at the door of Abbey Road Studios and such was the amount of people going to take pictures there , blocking the entrance and exit of vehicles.

This is a pedestrian crossing where the Beatles landed in front of Abbey Road studios. It's a corner of the UK that every traveler should see. It is located in front of the studios, where they recorded that album, a place of homage for fans of the group in Liverpool.