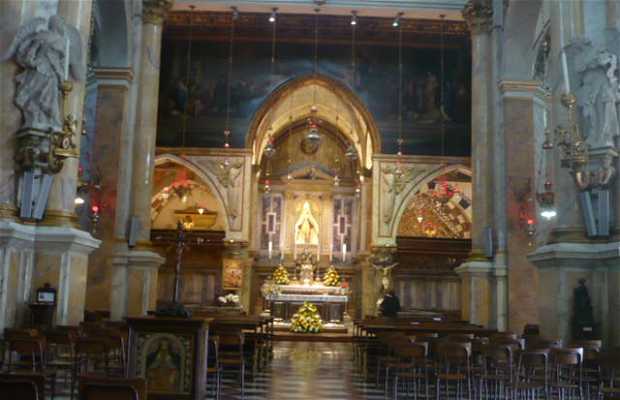 The story goes that following an outbreak of the plague, there were two apparitions of the Virgin Mary, the first on March 7, 1426 and the second August 1, 1428, so a shrine was built on the spot in an effort to end the plague. It was built at the tip of Monte Berico, which dominates the city, to protect the city from above. Over the year, the building has been modified many times, sometimes by famous architects like Andrea Palladio. The current appearance dates back to the seventeenth century, and was carried out by Carlo Borella. The outer walls were enriched with bas-reliefs and statues by the Marinali brothers.

+19
Like
Menegon Andrea
Excellent
See original
Like
Have you been here?
Add your opinion and photos and help other travelers discover